I hop, we all hop, to IHOP’s pancakes in Dubai

August 21, 2012
IHOP or International House of Pancakes, just went even more International, with the opening of their first store in the Middle East, in the Mall of the Emirates of Dubai. Mall of the Emirates is one of the premier destinations in the UAE to go to, which already includes high end brand name stores like Armani, Louis Vuitton, Prada etc. It attracts a lot of visitors each month, so it was an obvious choice for IHOP’s parent company, DineEquity, Inc. to open a restaurant in.

IHOP in MOE is located right next to another famous chain of restaurants from the US called ‘Shake Shack’. Dubai foodies are in for a treat, because they are spoilt for choice now. IHOP’s vast menu offers things ranging from Burgers, Pancake Combos, Crepes, Waffles, French Toast to Eggs and more. The restaurant is primarily good for breakfast dining only, but has relatively other good items available as well on the menu, which can be good for lunch or dinner too.

Twitter and Facebook communities were abuzz with people wanting to bring IHOP to the UAE and it is finally here. 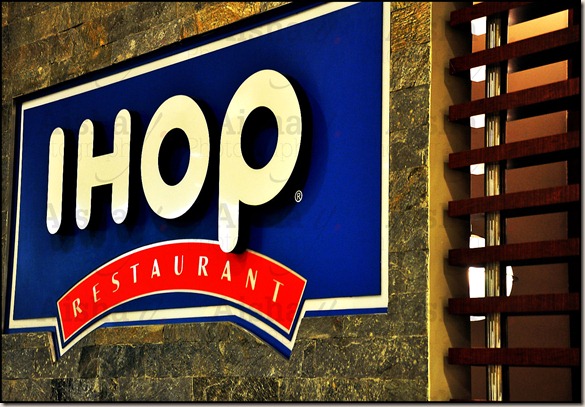 What’s the verdict on an IHOP experience in Dubai?

Had the opportunity to visit IHOP on the first day of Eid, in the morning. Like a lot of excited Dubai residents, the feeling was immense as each step was taken towards the restaurant. Friendly staff was on hand giving out Eid greetings and exchanging pleasantries with the incoming customers and avid foodies. 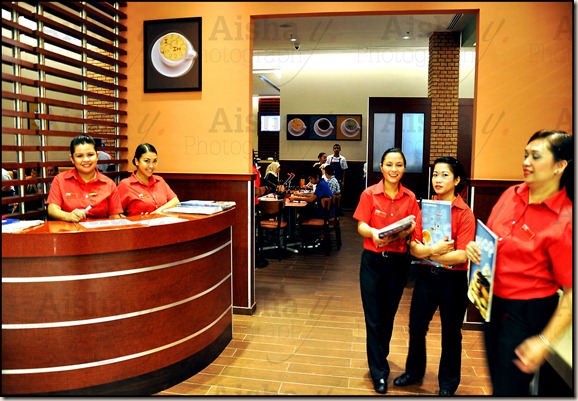 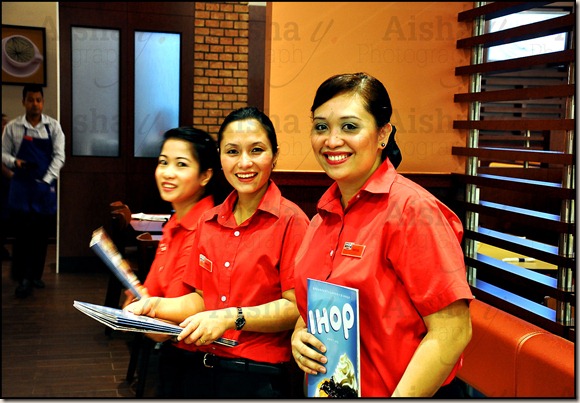 After being seated at a booth, a jug of coffee was provided. Apparently it was IHOP’s signature coffee and they are really good at breakfast coffee. Worth a shot, truly? Allowed the server to pour some coffee in a IHOP monogrammed coffee mug and was left alone to prepare the coffee to taste. Added some cream and some sugar. Must say the coffee tasted good, but a bit strong. Did open the senses though and felt more awake.

Afterwards, the server brought a big booklet which turned out to be IHOP’s menu! The menu was gigantic and there were far too many options to pick from. Easily took around 10 minutes or so to decide what to order. Drinks were ordered first and opted for an Ice Tea. Ice Tea or Lemonade is staple diet and is ordered in any of the various restaurants, when frequented. Had to see how the Ice Tea in IHOP is. Alas, the Ice Tea didn’t disappoint at all. It was served with a sugar syrup in a mini cup on the side. Was at leisure, to add as much or less of the sugar syrup as desired, to sweeten the beverage. 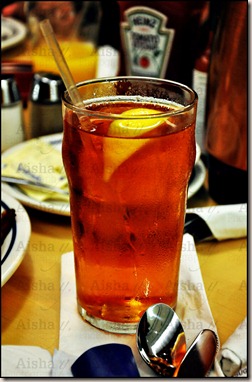 After the arrival of the drinks, the main course was ordered. Opted for the Beef Bacon Omelette Platter combo. Was given a choice of either buttermilk pancakes or hash browns to accompany the main dish. Chose the buttermilk pancakes because, “if you come to International House of Pancakes and go without eating Pancakes, then that’s blasphemy.”

The food arrived a bit late than expected, but it could be because of the Eid rush and also since the restaurant was jam packed. Ignored how long it took for the food to arrive and dived right in to the ‘very awesome looking’ omelette. 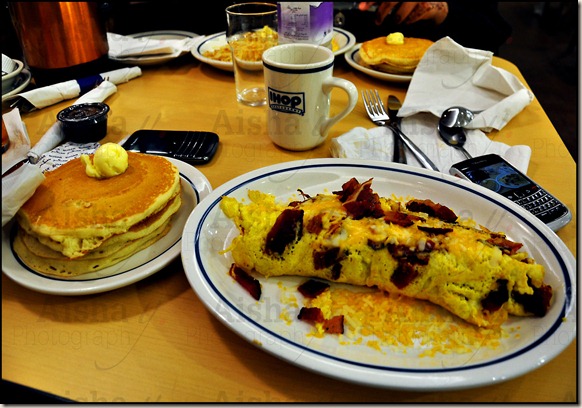 The omelette is positively, one of the best things ever eaten. Moist and juicy. A blast of flavours as soon as you put a bite in to your mouth. The omelette was stuffed with a layer of cheese sauce, which made the omelette taste so good. There was the crunchiness and spiciness of the bacon, then there was the full flavour of the omelette and finally the cheese. It was very well balanced and was an absolute delight to eat. Was glad that chose this dish out of the many on the menu.

Next up were the buttermilk pancakes. Initially, had a bit which was relatively dry. Very less maple syrup and butter. Didn’t really like it. However though, the full flavour of the ‘buttermilk’ pancakes came out, when it was really drizzled with syrup and smothered with butter. Then it was an absolute treat to eat. You could feel the difference between normal pancakes and buttermilk pancakes. The taste was so different and new to the taste buds and yet, so enjoyable.

After that, could spot an image of ‘dressed up’ pancakes on the LCD placed on the wall, right in front. Asked the server what it was and got to know that it is IHOP’s famous New York Cheesecake Pancakes. Asked the server to bring that. Shared it with someone. Verdict on the special IHOP pancakes? They were really good, but a bit too sweet. If you have a sweet tooth and don’t mind eating sugary sweet things, then definitely opt for this when you go to IHOP. 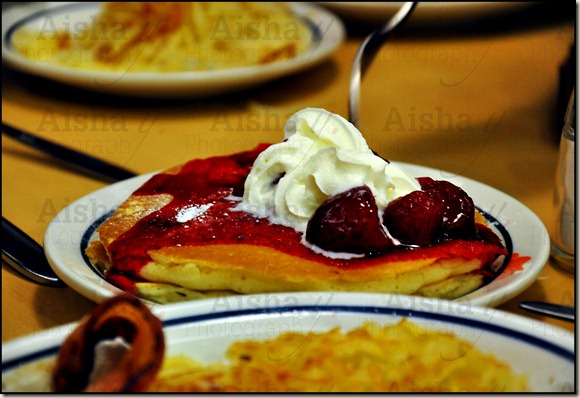 Over all a really good experience at IHOP and various other items on the menu to try. One thing is for sure, that Beef Bacon Omelette will be savoured once again really soon and the taste of those buttermilk pancakes still linger in the mouth. Till next time then, when once again the newly opened IHOP in MOE will be visited and some other dish on the menu, tried. 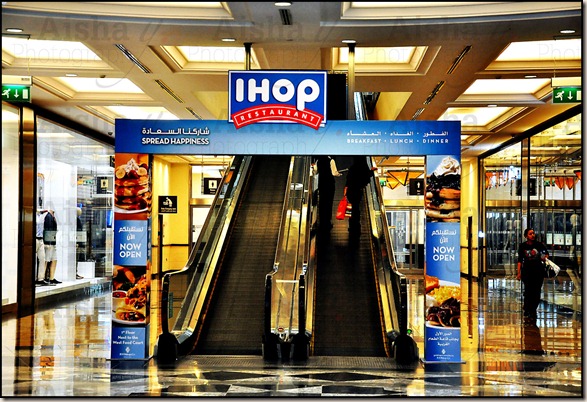