April 14, 2011
It is a dream come true, for many of Dubai’s foodies.
The US chain Shake Shack has just opened its first outlet outside the US, thanks to M. H. Al Shaya Co., who are the franchisee, in Dubai’s hip Mall of the Emirates.
The Shake Shack, a burger joint in the US, opened its first outlet in Madison Square Park in 2004, in NY and instantly became extremely famous. Now it is finally in Dubai to tantalise our taste buds, with NY’s hottest burgers.
Shake Shack in Dubai, is located in the West Food court in Mall of the Emirates, where Starbucks used to be. Starbucks has moved to the place of the French bakery, giving way to Shake Shack.
It seems to have attracted quite a lot of attention. Twitter and Facebook communities are abuzz and a lot of hype seems to have built up about how good the food from Shake Shack actually is.
Shake Shack prides itself in sourcing only premium ingredients. Everything is made to order and is fresh. It surely will be something well appreciated by the Dubai community.
The original ShackBurger® is creating waves, with its juicy tender American beef patty, which is so rare to find here in Dubai.
Shake Shack so far seems to have impacted the Dubai crowd, as people throng the outlet in Mall of the Emirates, to see for themselves, what is so special about these NY burgers.
If you like burgers, do give Shake Shack a try. Don’t miss out on the hottest thing to do in Dubai these days; shaking it to NY’s burgers in Dubai. 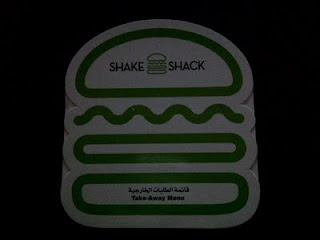